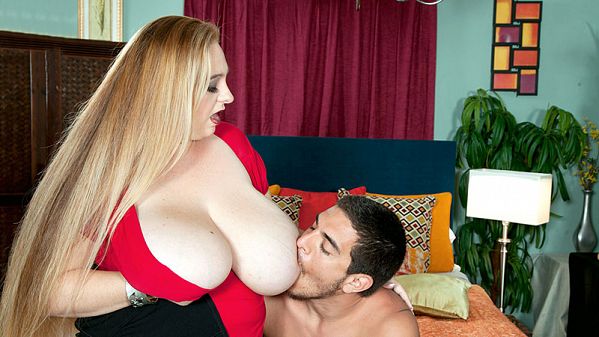 April's analyst had never met her before and the dick doctor is in for a treat when she wraps her lips and huge sweater-cannons around his chubby.

April wraps her chunky jugs around his cock until it virtually disappears, using her fists to clamp down on her nipples. She rapidly moves her flesh pillows back and forth, turning them into a cock-massaging device.

April's analyst nuzzles her pussy and fucks her cunt, then slides out and slides into her butthole. It hits the spot and April tells him, "Just like that." He ramps up the ramming speed. "My tight ass is gonna make you come," said April as he butt-fucks her from behind, her big boobs dangling and swinging. Her tight, squeezing ass does the job.