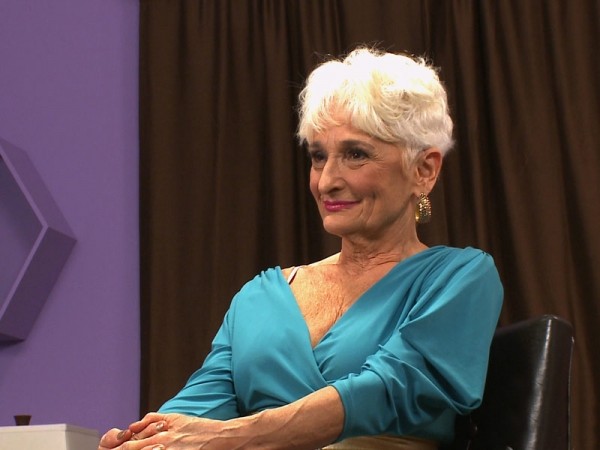 Several months ago, S.D., a 40Something magazine reader from Maryland wrote, "On The Learning Channel, they had a program called "Strange Sex," and one episode was on cougars and featured a 70something cougar from New York named Hattie. How about trying to get her to pose for your magazine?"

As it turned out, Hattie was "Holistically Hattie," a 74-year-old divorcee from New York who had also appeared on Howard Stern's Sirius/XM satellite radio show. When she was 52, Hattie had won first prize in an over-50 bathing suit beauty contest at New York City's famed Roseland ballroom. And she's a sex coach and author of the books "Sex And The Single Senior" and "Retro Age." And she's a self-described cougar who only has sex with much-younger men. And she has her own Wikipedia page.

So, Hattie had achieved a certain amount of fame (partly because her encounter with Howard Stern was a bit contentious at first with Howard referring to her-before he laid eyes on her-as an "old bag"). But she had never posed naked for any magazine or website. Would she get naked for us?

Well, the answer was, "Sure!" No, Hattie didn't have sex on camera. But in this week's postings (today's video interview, Wednesday's sexy photos and Friday's sex tips), Hattie proves, once again, that sexuality has no age limits.

So enjoy Hattie. You might jack. You'll definitely learn something.

See More of Hattie at 60PLUSMILFS.COM!