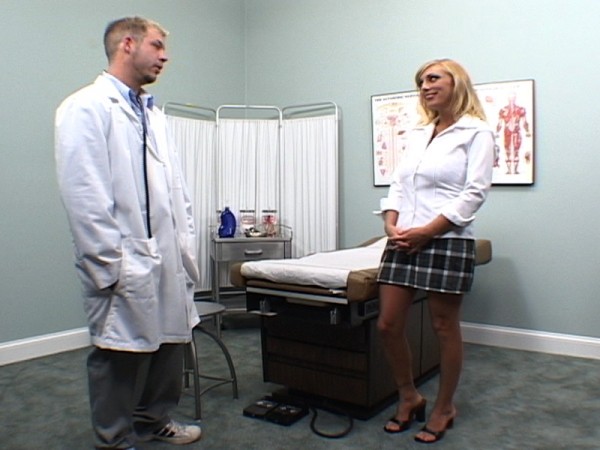 SCORE Classsics kicks off SCORE Xtra 7 with one of the all-time greats of both SCORE and V-mag, Alabama's Autumn-Jade. This was her second hardcore video after the DVD Ultimate Autumn. AJ goes to a doctor because her idiot boyfriend has filled her brain with nonsense and has told her that her pussy's too small! What an asshole! The "doctor" (who's actually the building's janitor and likes to take care of female patients when the doctor is away) has Autumn-Jade suspicious. Dressed in a white shirt and plaid school-girl skirt, Autumn isn't really dressed like a sex bomb. After all, this is the doctor's office. "I thought the doctor was supposed to be a woman," Autumn says doubtfully. "That's okay, honey," replies the "doctor" in a sleazy voice. "What can I do for you?" "Well, this is kind of embarrassing for me, but my boyfriend tells me that my vagina is too little." The doc knows a sucker when he sees one. "Take off your clothes and please lie on the table. We'll see whassup," he says reassuringly. Being a Southern-raised female, Autumn is obedient to all men and quick to respond. "Yes, sir," she says and gets totally nude. The doc's stethoscopic handling draws her suspicion because he's rubbing and pinching her nipples at the same time. "Are you supposed to be doing that, Doctor Mike?" "Yes, Miss Autumn, that's part of the examination. Lie down on the table, Miss Autumn, where I can examine you further." Autumn lies back and the doctor immediately takes his dick out of his pants and begins rubbing her nipple with it. Autumn's eyes widen like tea saucers. "Ummm, what're you doing, Doctor Mike?!" It doesn't take long for Autumn to find that out. 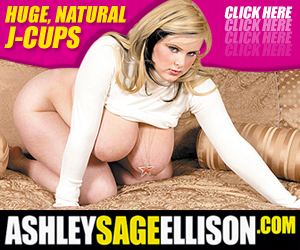