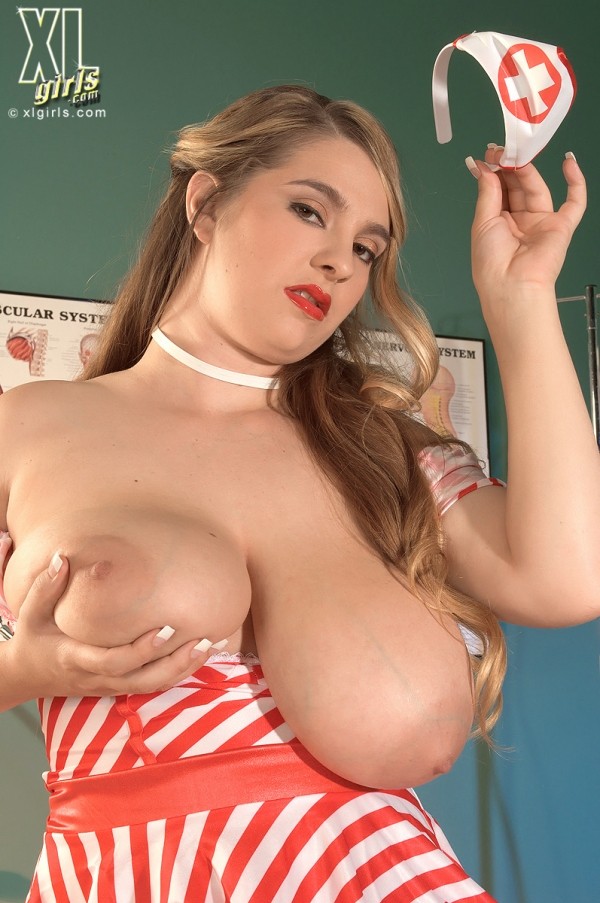 April McKenzie as a candy striper? Works for us. What hospital can we find her in? Sadly, we don't see many chicks in the medical profession who look like April. (There are exceptions. Renee Ross is a real nurse.) "Modeling was something I wanted to do for a long time. Like my mom said when I was younger, 'If you've got it, why not flaunt it?' Guys who are attracted to me are all boob guys. I used to get offended if a guy stared at my chest. But now, if they don't look then I think, 'Come on, can't you see them? They're right here.'" April is a very sexed-up girl so hardcore fucking on camera became perfectly natural. She is really into getting humped from behind. "The guy can go deeper into me that way and my G-spot and clit both get a lot of stimulation in that position. I'm not surprised that most women prefer it. But even though it's my favorite position, it's not the only one I like. It's better to mix things up and have the guy on top, then I'll get on top and then we'll do some doggie-style. I don't want just one position when there are so many ways to do it." And April makes sure she gets her fair share.