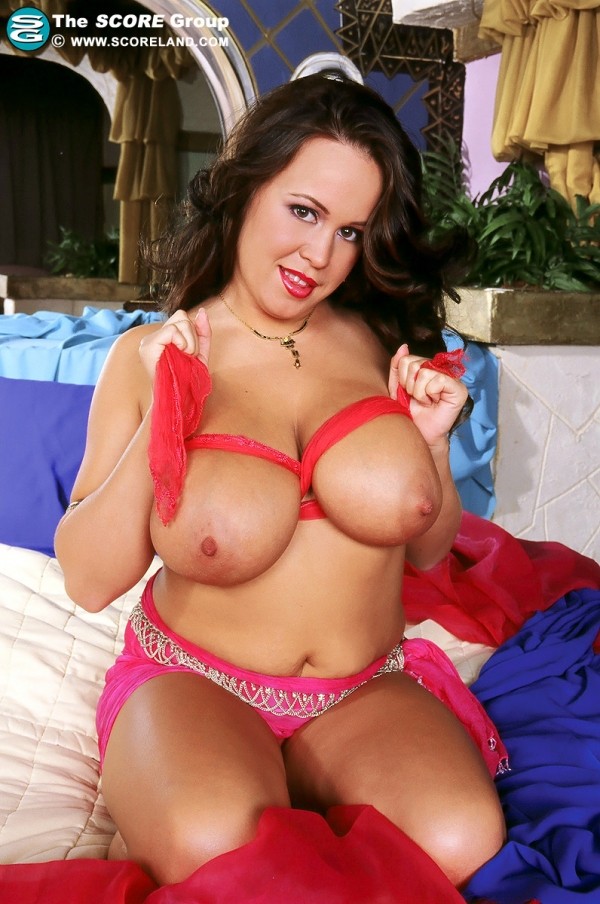 Mammary Lane time warps to 2004 and this never-before-published photo set of the luscious Brandy Talore. So young. So tender. Our set designers found a place with an ornate, Arabian-styled bedroom that looked straight out of an Aladdin movie so Brandy dressed for the occasion! Ain't she a living doll? No genie ever looked this sexy and busty! Five years later in 2009, Brandy said, "I said I would never do hardcore at all. It was even printed in Voluptuous that I said I would never do hardcore. But later I decided I would try it and it was fun and I've been doing it for a few years now. You have to remember that I was really young when I first came here. The idea of even showing my boobs and pussy was kind of scary. But after I did several solo shoots and videos, I was feeling much more comfortable and confident in front of the cameras, so I changed my mind about the hardcore. It's a decision I've never regretted." Ah, precious mammaries.