A Classically English Double-Breasted Bird With A Twist

A Classically English Double-Breasted Bird With A Twist 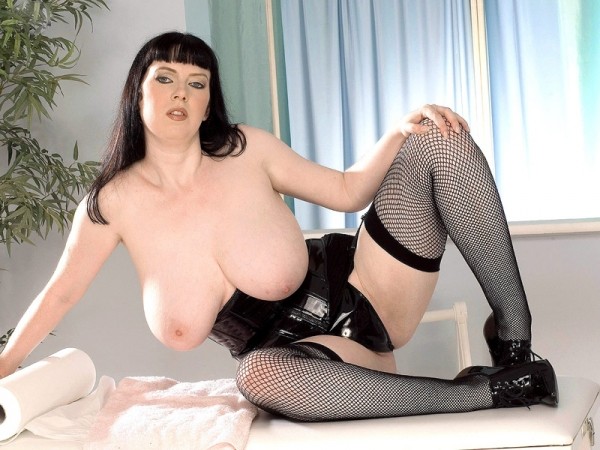 I'm not sure if Emily Cartwright is still actively modeling. We used to communicate regularly but I haven't heard from her in well over two years and I didn't get a reply to my last few emails. As an editor, that didn't surprise me and never does. A lot of models tend to be very active for a few years and then they just drop off the horizon. It usually means they've changed their careers to something completely different or they got married and may be raising a family. Or it could mean that they've satisfied that modeling yen and now it's out of their system. It's a pattern that tends to repeat itself with many, many models and is perfectly normal and to be expected. But I'm not saying definitely that Emily retired from modeling because retirement has no real meaning. Look at Carol Brown or Diane Poppos.

Emily is probably taking a break to try something new in life. Still, like any other guy, I sometimes wonder what a model is doing these days if she's not posing anymore. It's a natural curiosity but one I don't pursue.

Emily Cartwright loves costumes, role-playing and playing dress-up. She loves latex, leather and PVC. She loves Goth. She loves kinky. She loves fetish. The dark, mysterious make-up. Yet, Emily has no tattoos on her pale, white Anglo-Saxon skin. She's not loaded with body jewelry, just a small piercing in her navel. No pierced tongue. She doesn't smoke or drink. So in many ways, despite pushing it to the edge, Emily is really very old-skool British, quintessentially the traditional English girl-next-door model with a slightly different wrapper.

Emily keeps in shape with kickboxing, Pilates and yoga. What does she do for fun? "I read comics and I love to go to the cinema," said Emily. "Anything that's weird and creepy, horror movies and I also love James Bond."

"I'm glad to have big, bouncy tits," Emily emphasized. "I can't imagine going through life flat-chested. They've given me a lot of opportunities. Tits make a girl feel more womanly. I love how I look in clothes because of my boobs."

And so do a lot of guys.