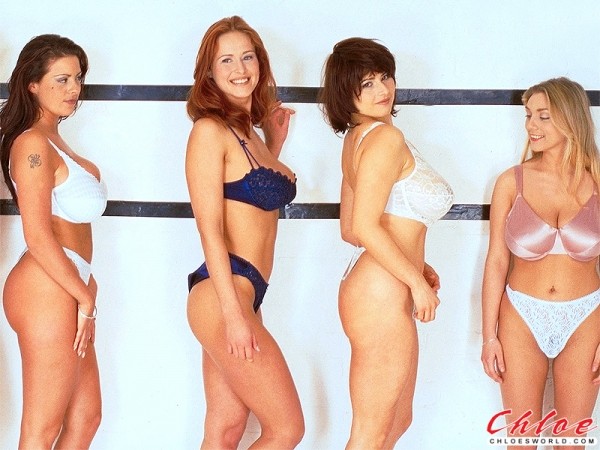 The SCORE Girl Lineup used a police-style lineup set for a touch of good humor. Shot in March, 1999, the girls involved in this fun photo series were the very cream of the crop, the best of the new naturals of the late '90s with the exception of Kerry Marie and Lorna Morgan who were unfortnately not in town during this impromptu photo shoot. The girls with Chloe are Jessica Turner, Linsey Dawn McKenzie, Autumn-Jade and Kathy, one of Chloe's most prolific playmates. Some lineup photos were published in August '99 SCORE magazine. This concept was the inspiration for all later SCORE lineups. All real boob-men love to see models compare bodies and the lineup concept is the ultimate in this. The girls cut loose and are very spontaneous.